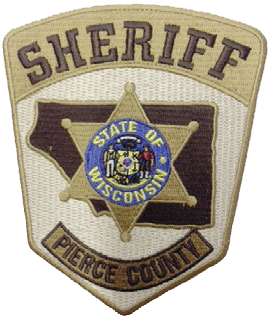 Pierce County is located in southwest central Wisconsin, on the border of Wisconsin and eastern Minnesota. The Pierce County Sheriff’s Office provides public safety service to the entire County, which has a population of 41,000 people living in 25 incorporated cities, villages and towns and 27 unincorporated communities.

“(Our process was) We had some money in our budget and asked for additional money from the county’s contingency fund (for software).”

“The full suite of CIS Software has been operational since 2012,” according to Sheriff Hove.

“Within the first few months of going ‘live’ with CIS, our Patrol Division was able to quickly track down a suspect vehicle shortly after the complaint was called in. The complainant provided minimal information while describing the vehicle. Our staff was able to quickly search the database through the CIS Mobile Computing System (MCS) from the squad car, searching the provided partial plate and color. A short list of vehicles appeared matching the criteria, one being the suspect vehicle that was associated with a county address. The System’s search capability has been wonderful for our staff as it not only expedites the process but increases efficiency.”

“An asset to our response functions. The ability for our dispatchers to see the officer’s location on a county map has helped to diminish radio traffic not to mention enhanced the safety of our staff.”

“There is a vast amount of information accessible from the squad car by the click of a mouse.”

“Our CIS platform has functioned great with no outages or lost data.”

According to Sheriff Hove,

“We have utilized CIS’ technical service for a number of things. The great thing about CIS is when we call with an issue we speak to a knowledgeable person. More times than not, that person is the one who helps resolve the issue without waiting or being transferred to another person or entity. In public safety, this is key.”

Sheriff Hove described the CIS functions that are especially worthwhile to her operation.

“To be able to name one or two functions of CIS that would be our favorite would be difficult,” said Sheriff Hove.

“As an administrator, search functions, quickly generating reports for presentation and archived GPS data have been at the top of the list. If there has been a complaint that one of our patrol cars was traveling too fast, I can log in and quickly respond to and resolve the issue.”

“From start to finish, the representatives, installers and technical support personnel from CIS helped to make this transition a great success.”