In a world where the stories of mergers, acquisitions and vendor failures are all too frequent, the growing City of Paris experienced this first-hand when they found that their former law enforcement vendor would no longer meet their needs, going out of business right after they began using the system in March of 2000. Paris, home to the largest Eiffel tower on this side of the Atlantic and named

“The Best Small Town in Texas”

in Kevin Heubusch’s The New Rating Guide to Life in America’s Small Cities, was left searching for a new System. They selected Computer Information Systems Inc. (CIS) as their vendor to update a critical part of their Public Safety infrastructure and enhance their citizen’s health and well-being.

The department’s evaluation of 35 vendors lasted nearly eight (8) years and after securing funding, became very serious in the last 2 years with a heavy focus on quality customer support.

“…With our experience, the software package was important but the support and how they (the vendor) helped you was the main thing. And we found that the support from CIS was above anyone else’s,”

“The officers are adapting to the new system well,”

“We can already see the benefits of their work.”

The new Systems enable the department to respond with greater proficiency to emergencies as well as improving the public’s and responders’ safety and security. An effective fully-integrated Public Safety Software Solution, such as CIS’, has allowed for easier access to available and accurate data in a timely fashion to law enforcement professionals.

“I am more impressed with the System now than when we signed the contract. Now that we are live with CIS, the commonality of all the CIS screens has simplified the whole process for us, and I can really see the power of the searching capabilities.” 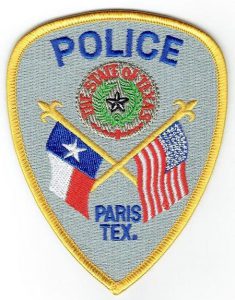 In addition to the successful software implementation, Assistant Chief Hundley and the Paris Police Department are also benefiting from their vigorous search for quality service, citing countless examples of the above and beyond actions taken by the CIS staff to ensure effective interoperability. He added,

“I hope this doesn’t sound corny, but I sense sincerity from CIS’ staff that they really want this to work well for us and it’s appreciated.”

The police department will soon begin implementing CIS’ Mobile Computer System (MCS). CIS MCS will furnish officers with the features to complete and submit full reports while in their vehicles from the field, furthermore increasing their overall efficiency and eliminating the manual reporting process formerly required from their office desks.